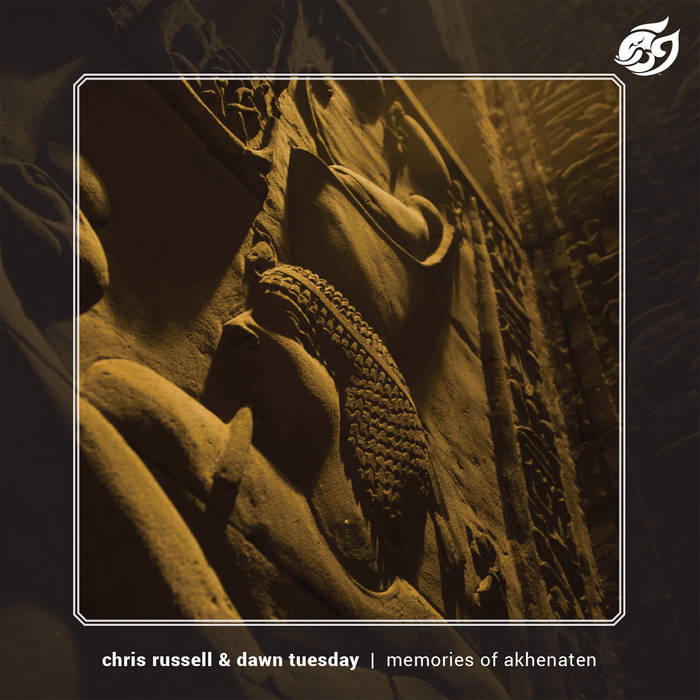 Aatma is thrilled to announce a new collaborative release from ambient veteran Chris Russell and sound-sculptor Dawn Tuesday. Memories of Akhenaten is an ambient journey into a forgotten past where the rulers or gods were descended from the stars.

In Chris' own words:

In early 2017 I approached Alaska-native Dawn Tuesday for a collaboration, and it became evident early on through conversations that our album would have a extraterrestrial theme. Both fascinated with the Ancient Alien theory and early Egyptian rulers, we found our subject in the already cosmic and trance-inducing music that was flowing from the both of us. We feel we have tapped into a ancient soundworld and hope you the listener can enjoy the album while preferably gazing towards Orion. Maybe the music gathered here will trigger long lost memories from the time of Tep Zepi..

We would both like to thank our friends and families for their support of our art as well as Geoff Stewart and Steve Brand.

This album is dedicated to Erich Von Daniken and the Ancient Astronauts who came before us..

Chris Russell and Dawn Tuesday, May/2018

An ambient recording artist who has been releasing albums since 2009, Chris Russell finds inspiration from both the simplicity of nature and the vast infinity of the universe. His work can be found at voidmusic1.bandcamp.com

Dawn Tuesday is an Alaskan Native electronic music producer and visionary artist for atmospheric sound design. Her sounds can be found at dawntuesday.bandcamp.com

Music recorded by Chris Russell and Dawn Tuesday, May to August 2017
Artwork by Geoff Stewart
Desgin by Steve Brand